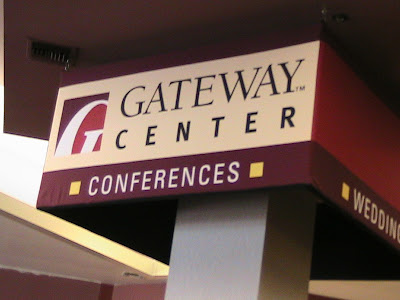 Have you noticed how much of our life that we spend in lines? Today, we spent a little more than our share. Imagine 3000 people coming to one place, waiting in line, trying to get into a building to hunt for eggs. Crazy. I don't know how many people were actually there, but it sure seemed like a lot. 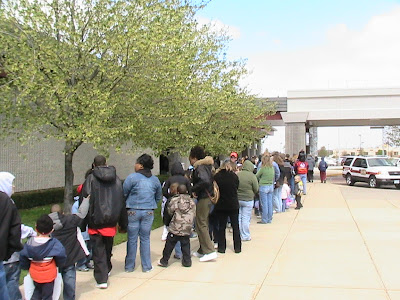 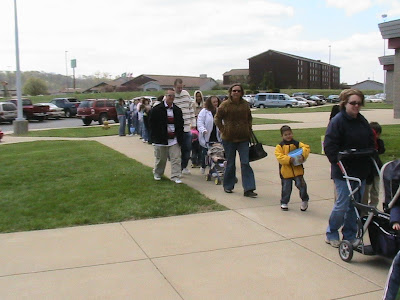 First, we waited outside. It was cold and windy. There were people in front of us complaining. But the line was moving at an ok speed. 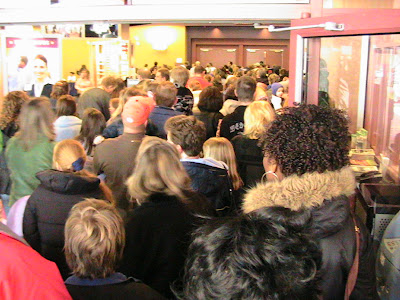 Then, we moved inside. We noticed that there were 3 lines converging at the front, near the doors to the big center. We waited some more. 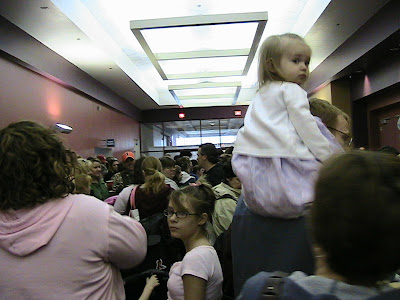 Then, we filled out papers, received tickets, and were placed in a holding line. We would be the next group to go in. There were about 500 of us. 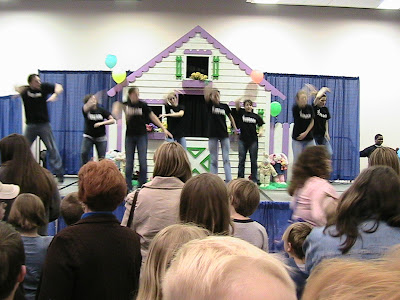 Then we went inside. Were were placed inbetween the stage and the egg hunt. The other group was egg hunting. We were lined up in about 10 rows, and watched the stage. There were "church" dancers, dancing to "Jesus" music. I'd never heard a "hard" Jesus rap before. Interesting. We waited through about 3 songs, then had a "Jesus" puppet show and play about the real meaning of Easter, set to rock music. Interesting. 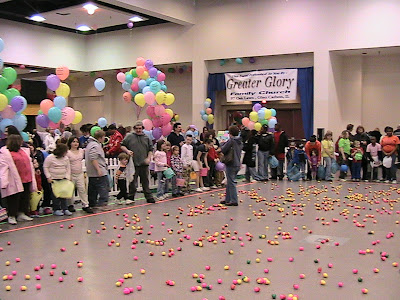 Then, we were moved around the perimeter of the egg hunt. There were 2 sections, with people lined up on all 4 sides. Parents were to stay behind the green line, and kids behind the orange until the announcer said "Go". It was almost time!

Holy Cow! That is alot of people in line..it looks like a concert! ha..there are like a million different easter egg hunts here..ella is too little though.

yah, it's fun when there Joe, Jim and Eme's age. Not so much for older or younger kids!

Hard rock jesus rap, thats got to be my favorite part of the whole story! kids and candy and eggs aside, im so glad we keep the bunny and the savior seperate! yeah for Easter Sunday!