This was a really cool room. They had this little fire truck, that was remote controlled. The fire guy was in the next room, watching what was going on, then he would talk in the controller, and it would change his voice. He's talk to the kids, and tell them funny thing. It was hysterical!
Here are the kids dressing up in the fire clothes. Aren't they cute. 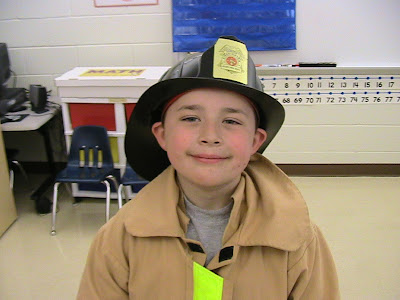 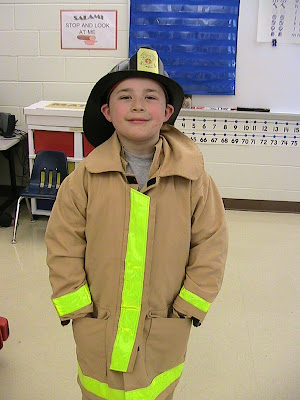 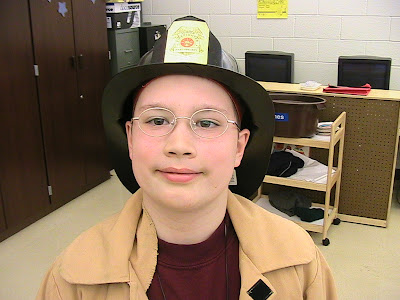 Jacob - He's not in the full outfit because he was too bid. They were for little kids. 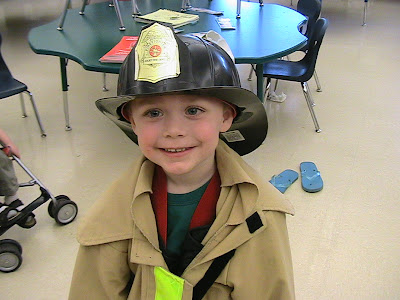 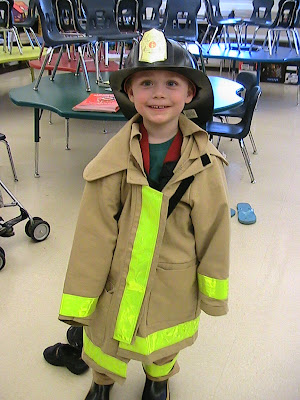 Joe, and might I say, when he's happy, it shows in his eyes! They sparkle. 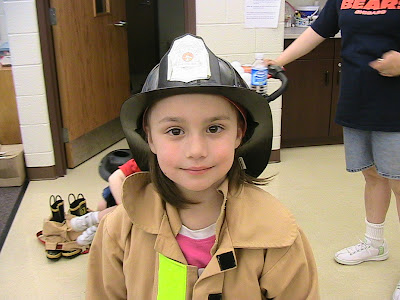 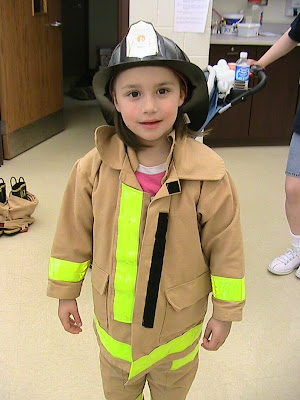 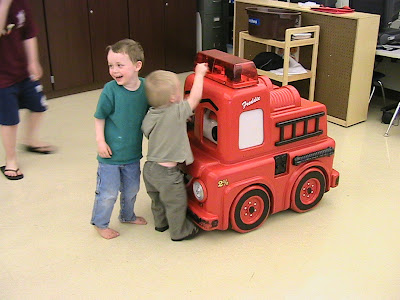 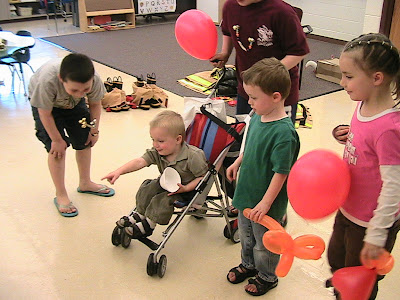 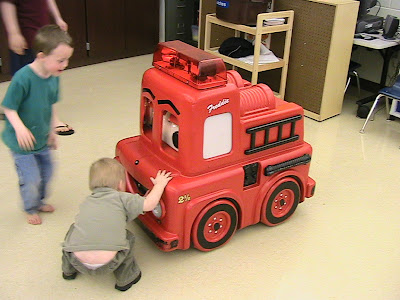 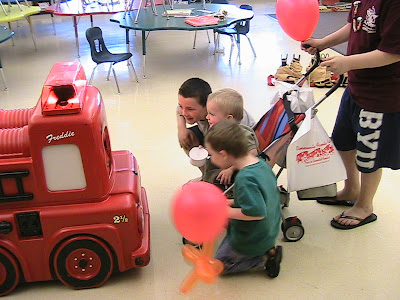 Joe and Jim were totally facinated by the fire truck. They thought it was so cool.

Looks like a ton of fun...too bad I couldn't be there!