So yesterday was a busy day! Friday is our Civil War Event in Naperville. We were getting stuff ready for the trip. I re-starched my corded petticoat. It's stiff as cardboard right now. Sounds like a paper bag under my dress. Funny :) I have it over top of a trash can and 2 laundry baskets to dry in the picture. Then, I sprayed it with liquid starch in a spray bottle. Pretty tricky, eh? 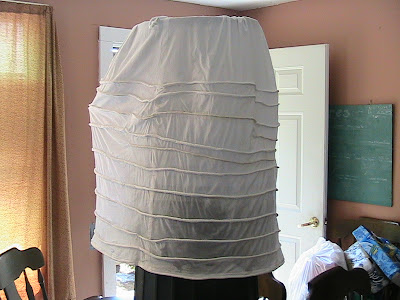 I also made banana bread yesterday. I love banana bread. We're taking it to donate to the company for breakfast. There's a guy who cooks for us all, and we asked what we could do to help out with food. He said, bring banana bread. So I made 6 loaves. That should be enough :) 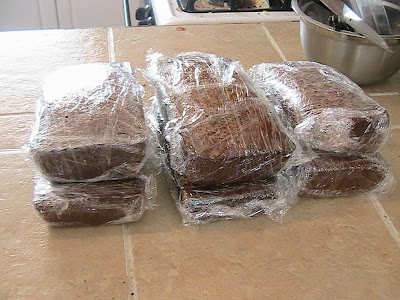 I also made a white starched collar for my dress, sewed 2 shelter halves (tent), made a bonnet and an apron for myself (I had blue, and now I have red too), and worked on button holes. Wow, it was a long day of sewing :)

In the evening, I worked on a project for Sister Simco. Oh yah, I forgot to say that we helped them move yesterday. They got a new house over here by us. They closed at the beginning of May, but had till the end of the month in their apartment. So it's been a slow move, so they could still work on the new house. Yesterday, we took over our trail to their apartment to help move out the big stuff that wouldn't fit in their van. We got a couch, the big bed, 2 dressers, and pieces of a desk. We transported it across town in our lovely homemade trailer, and left it at their new house.

While we were there, Joy asked if I could help her build their new shelf. She's tried, but couldn't figure it out. She didn't have the time to fix it right. So, I loaded it up in the trailer, and worked on it last night. The boys stayed up to watch the disney movie, and I built a shelf. Aren't I handy! 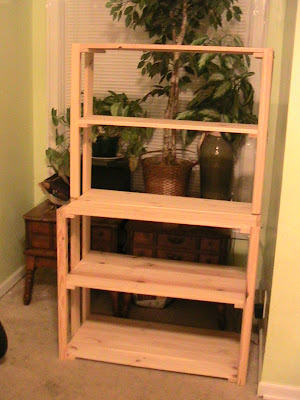 It's really kind of cool. And very solid. I liked it :)

Bethany youare so my hero! I have dad to do that and Brent has YOU!