Tom and I were the first ones awake today. The kids were up late last night, so they slept in thismorning. Tom was up at 7:15, so we went to make breakfast for everyone. This is another version of French Toast. I think it's our best so far! 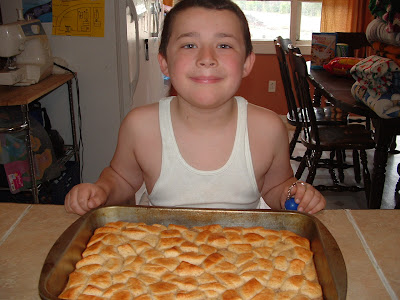 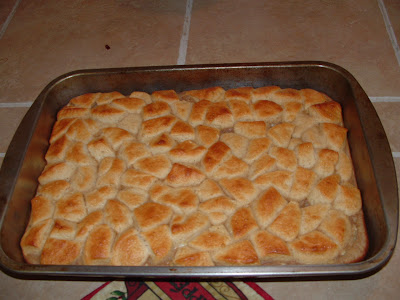 Pour egg mixture over biscuits. Pour in greased pan, and bake at 4oo degrees until brown. Cut and serve. It's sweet, so you don't need to use syrup if you don't want to.

Bethany, you are a wonder! I love ya

This was so much easier than making French toast! The kids LOVE French toast, so this was my way of getting out of making it :)

I am thinking it might be good camping in a Dutch Oven!