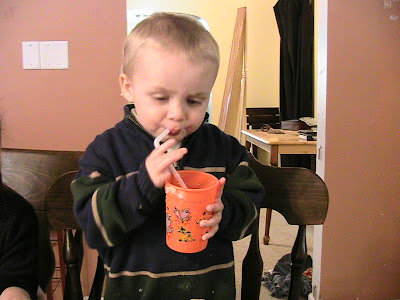 Here's Joe with his dinner. I think he just ate the bread and the drink. The potatoes didn't get touched. The corn got eaten, but not by Joe. Jim came over later and raided his plate. Dogs and toddler are good for those kinds of thing! 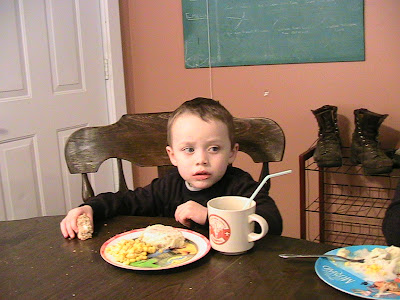 And here's Eme. While the food may not have been a hit, the Soda was a great success. We had 3 cans left over from when the kids had the stomach flu a week or so ago, and they wanted soda with their dinner. So I split the cans between the 5 of them, and they were in hog heaven! With straws to boot! They loved it. 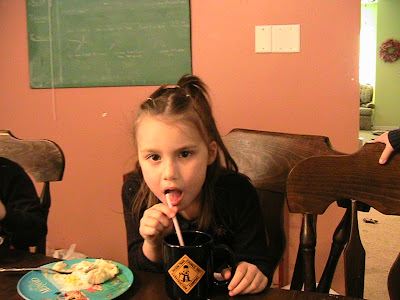 If you're wondering where the 2 big kids are, they ate as fast as they could so they could get back to their game of Lego's Star Wars. Just a little obsessed. They don't get a chance to play during the week very often, so they make the most of their weekends.......

Jim looks like how we remember Joe! He sure is getting big!

I loved the pictures, especially the one with Eme drinking out of an Oregon Trail Council Day Camp Mug. Just like our house!