Our ward just became a ward a few years ago, so we're pretty tiny. But our building is even smaller. It used to be a Baptist church building, but it was converted to an LDS church. Pretty tiny. Better than nothing, but small. It doesn't have a gym, but a small basement with kitchen where you can have a group of 25-30. We had the primary Halloween party down there, kids only, not parents. Tight fit.

Anyway, where I'm going with this is...we didn't have enough room for our Ward Christmas party. We were going to rent a banquet hall, but that fell through. So, we went to the Brower's barn for the party. Big space, really. They curtained off half of the barn, with their tools and equipment and such, and put up tables and chairs in the other half. We had a small rented propane heater on the half we were using. About every 20 minutes, we'd turn it on, and blow warm air for us all. But talk about noisy. Lots and lots of noise....and fumes.

But you know what. It was a great time. You don't need bows and ribbons and fancy times to celebrate Christmas. That's not what it's all about. It's about celebrating the birth of Jesus Christ, and spending time with our family and friends. And that's what we did. We were in humble settings, and we all enjoyed every minute of it.

The primary did a little presentation, and sang a song. Well, most of them sang. Some of them had a little puppet war. You'll see in the video. I'm the one in the red puffy coat.

Away in a Manger. That was sweet. Then, I led the ward in a sing-a-long (would have been nice to let me know before I was told, hey, lead the group in some songs...). Then Santa came. The kids liked that. After Santa, the teens and a few men went outside for a monster snowball fight. They seemed to enjoy themselves.

All in all, it was a great Christmas Party! 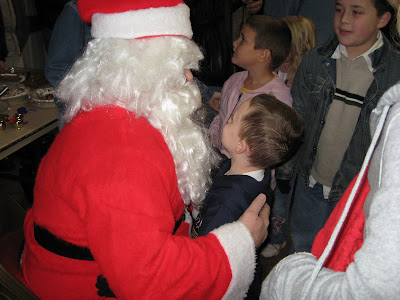 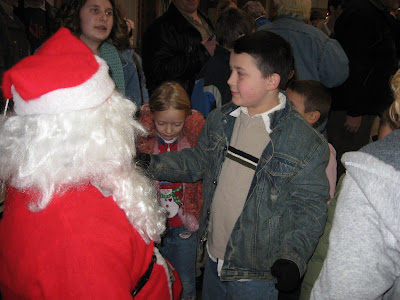 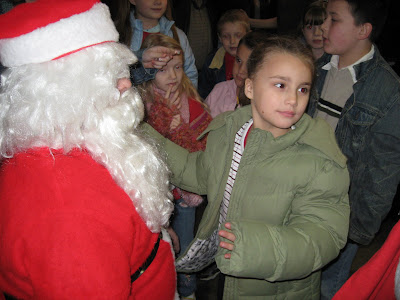 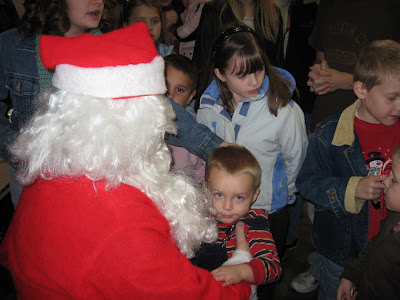 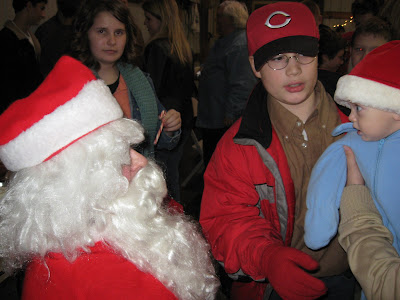 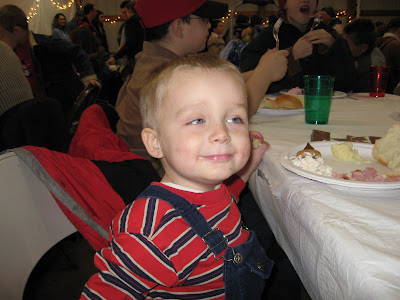 Jimmy and the food 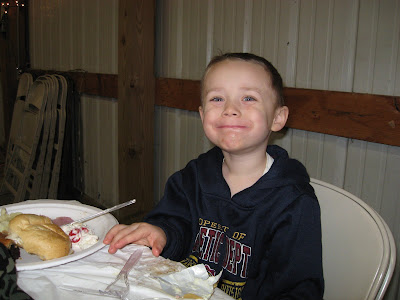 Joe and the food (he ate the most of all the kids, I think) 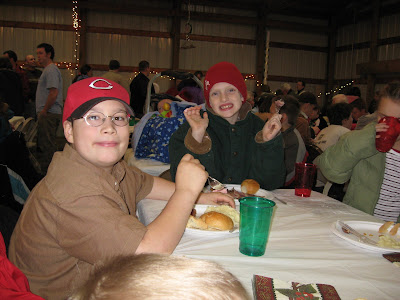 Jacob, and Joseph Tyre
(his dad is in the bishopric with Brent, and his mom homeschools their 5 kids too) 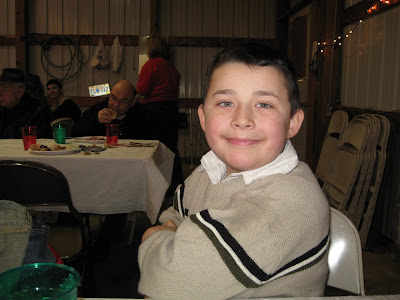 Thomas and the food 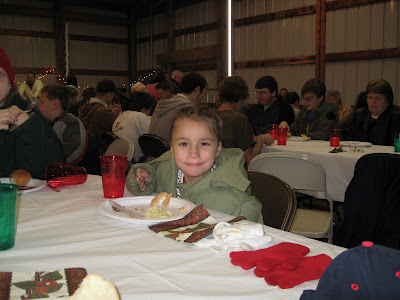 Eme and her food (notice the big coats....it was cold when the turned off the heater)