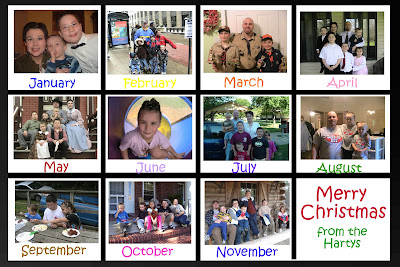 What a busy year we had in 2007! First off, we moved from the Chicagoland, Illinois area to Southern Ohio. That was a big move, but a very good one. We are so grateful to be out of the city and into a small town. It suits us much better!

Brent was called into the Bishopric in our new ward after attending church two times. Crazy, eh? He’s doing a great job. He is now a District Director for the Simon Kenton Council, Chief Logan District. He is also in charge of running the Scout Office down here in Chillicothe. He also switched from Infantry to Cavalry this fall. He is learning to ride a horse, and is doing a pretty darn good job! We attended participated in several Reenactments this year.

Bethany, that’s me, had fun with our Cub Scout pack in Illinois, acting as the Committee Chair and a Den Leader. We did a lot of fun activities in that pack. Now, I’m Primary singing time leader, and the church Cub Scout Committee Chair. I do like Scouting. I decided to pull the kids out of regular school, and enroll them the Ohio Virtual Academy. Home school is fun, but hard work. It’s only my first week, but I think we’ll survive.

Jacob is getting so old. He turned 10 this year. In Illinois, he was in Orchestra, and learning to play the cello. He was doing pretty good when we had to leave. He had fun at Cub Scouts, with the Pinewood Derby, the Hot wheel Derby, Campouts, Service Projects, and Achievements. He earned his Webelos 1 badge this year. Jacob loves reading, hanging out with friends, and playing on the computer. Good job Jacob.

Thomas turned 8 this year, and was baptized. We are so proud of Thomas, and this big step that he’s decided to take. He did very well in school, and almost always got straight A’s. ! He was very pleased with himself. After only a week in school, he made friends with everyone in the class. He’s a great reader, and loves people.

Emeline turned 6 this year, and grew so much. She’s such a cute and tall thing! She started Kindergarten this year. She was so excited to go to school, and make new friends. She is a very quick learner. She had a lot of fun this summer playing in the pool for hours on end. She really browned up! She is very excited to have her first loose tooth. It should be out soon!

Joseph turned 4 this year, and got to go to preschool for 2 months. It was a lot of fun for him. He was a little nervous the first day, but loved it after that. He is now in the Sunbeams, and gets to go to primary with his big brothers and sister. He has a different body style than the rest of us, and is unusually skinny “for a Harty”. But he’s sure cute!

Jimmy turned 2, and hit that all important “18 month” age. Nursery! He loves it in there. He is starting to talk, more and more each day. Lightning McQueen from Cars is his very favorite thing. He also likes candy, cars, and Grandma Lyn. Off all the kids, he’s learned to “SMILE” on cue the earliest. So funny.

We hope that this Christmas Card finds all of you in good health and spirits. Know that we think of you often, and pray for you too! We miss you all!

Merry Christmas to you kids too! No pictures of me though. TOOOO scary! Love and miss ya!! Aunt Sue

jacob would love to see a picture of his favorite aunt sue!

There's a new one of her on my blogg, have him check it out!

Cute card! What a busy year you've had!!

I love your Christmas card! The letter is great too - definitely a busy year for the Harty family! I'm so glad you've come back to the blogging world! ;o)
How's school going?

Great job on the card and the letter. We were really buys this year! It zipped by very fast. We did a lot of things that hopefully instilled warm memories of the family in each of the kids hearts and minds. You did an awesome job of organizing the family and making sure that you did all you could do to enrich the lives of our children - and of course me too...I love you!

Glad you all enjoyed it. Now, I just need to buy stamps, find addresses, and send them all off. Hehehe.