Here are a few pics from the battle on Saturday. It seemed to be a pretty good show from where I was sitting. Lots of action and such. 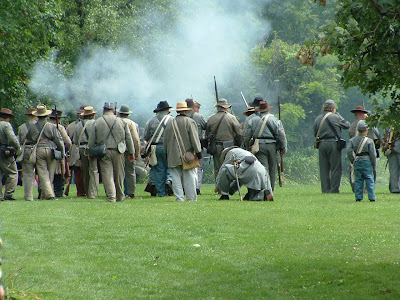 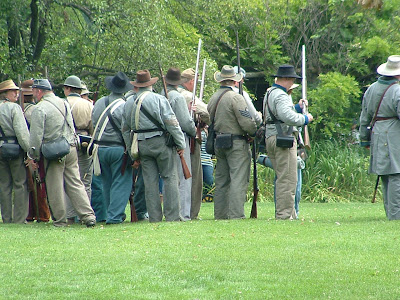 Yeah, I know these pics are a little out of order, but thats ok. Here's Brent coming back from the battle. He died today. But he died gloriously! And a few more of the troops marching back after they got all their dead back in the ranks :) 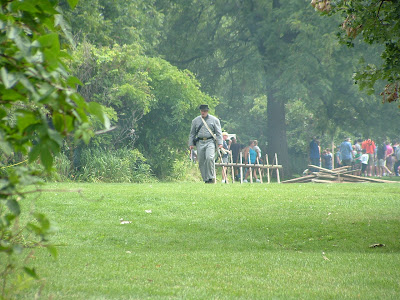 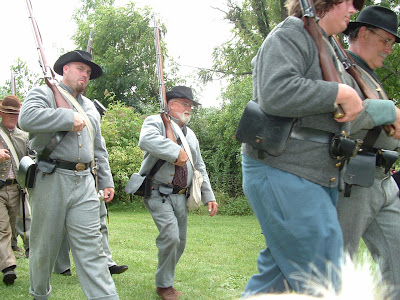 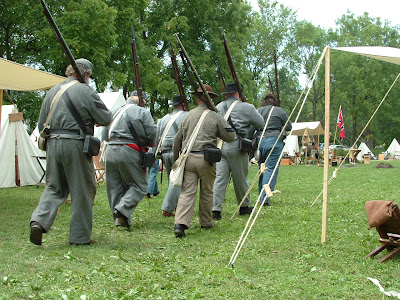 And a few more of the battle action. 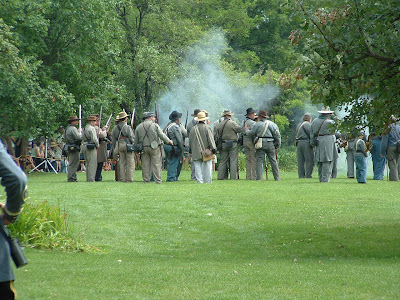 Jacob was going to get to be the message runner again, and go out with the troops. Right before he fell in with them, an officer from the artillary unit asked if Jacob would be willing to help out their group as a powder monkey. That's the person who runs the gunpowder from where it's kept behind the cannon lines, up to the guy who puts it in the cannon. He was SO EXCITED. Much cooler than running messages. He absolutely loved it! 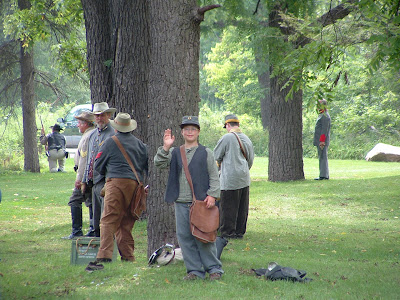 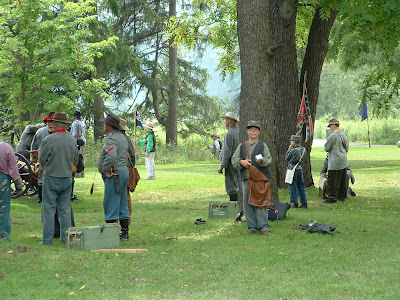 And back to the battle action. I told you they were out of order! 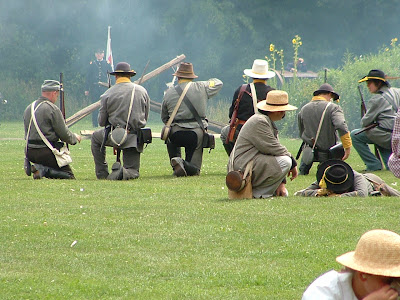 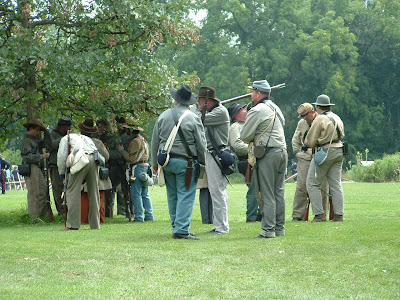 Its so cool to see those pics, its like watching a movie by frame of the real thing. Good fun for Jake!

That is cool, a powder monkey!!